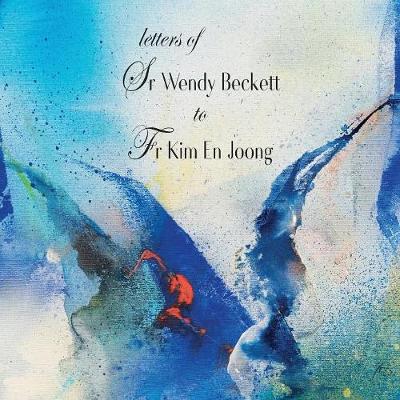 Sr Wendy Beckett and Fr Kim En Joong became friends after Fr Kim discovered a book of hers in a bookshop in Seoul, Korea, in the late 1990’s. They never met in person, but from the time he first discovered a book by her until her death aged 88, in December 2018, they corresponded.  This book reproduces a selection of her cards and short letters to Fr Kim with various pieces of his recent artwork.

Sr Wendy Beckett, an art historian, was a frequent presenter on the BBC and had numerous books published in art history, as well as on prayer and books of letters written to various people.  She became a nun at the age of 16, graduated from Oxford University and taught in South African schools for many years.  In 1970 she returned to the UK and lived as a hermit within the grounds of a Carmelite Monastery in Norfolk.  She died at the age of 88 in December 2018.

Fr Kim En Joong OP, is a Korean born Catholic priest.  A member of the Swiss Province of the Order of Preachers (The Dominicans), he has lived and worked as an abstract artist in Paris since the 1970’s.  His art works can be found in churches all over Europe and he has had his work in galleries and exhibitions in many countries including Japan, Korea, France, the USA, the Vatican, Australia, Spain, Luxembourg and Belgium.  His artistic works include stained glass windows, paintings and ceramics.