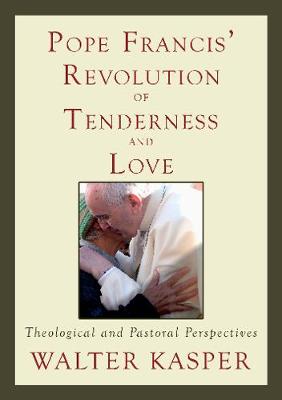 In Pope Francis' Revolution of Tenderness and Love: Theological and Pastoral Perspectives,Cardinal Walter Kasper, who has been referred to as "the pope's theologian," has "broughtfresh air into the church, the wind, the confidence, joy and freedom." This fresh air is notsimply the result of a charismatic figure, but rests in the deep rooted theological and pastoralexperience of Jorge Mario Bergoglio. This book outlines the significant influences thathave led Kasper to call Francis a pope leading a radical revolution of tenderness and love-radical because it is rooted in the Gospel.According to Kasper, Francis' experiences are rooted in a movement that began withthe Second Vatican Council. Kasper traces Francis' continuity with the popes who havepreceded him, St. John XXIII, Pope Paul VI, St. John Paul II, Pope Benedict XVI: There isno real surprise in what Francis is saying; he emphasizes that there are not any new features,just the eternal newness of the Gospel, which repeats itself over and over again.Jesus Christ, is "the eternal Gospel....he is the same yesterday, today, and forever, yet hiswealth and his beauty are inexhaustible" (EG 11). Francis embodies the living tradition ofthe church meeting the modern world.The central theological vision of Pope Francis is the understanding of God as mercyitself. If God is mercy, then what are its ramifications for believers? Francis says:"Look, read the Beatitudes that will do you good. If you then want to know what youhave to do specifically, read Matthew chapter 25. This is the pattern in which we will bejudged. With these two things, you have the plan of action: the Beatitudes and Matthew25. You don't need to read anything else. And I ask you with all my heart." The church isfor Francis far more than an organic and hierarchical institution; it is above all God's peopleon the way to God, the pilgrim and evangelizing the people that always, if necessary,also exceeds institutional expression. The Church must have the mercy of God as its centraltheme and activity.In conclusion, Kasper describes Francis in soccer terms as "the man of the match," acharismatic, confident leader completely convinced of the message of the Gospel. He"combines continuity with the great tradition of the Church with renewal and ever new surprises.This also includes a poor church for the poor. This is not a liberal program; it is aradical program. Radical because it touches on the root and is a revolution of tendernessand love....What the pope is proposing is the humble way devout people move continentsand can move mountains (Mt 17,19; 21,21). A little mercy-he says-can change the world.This is the Christian revolution....It is revolution in the true sense of the word-originally, thereturn to the origin of the Gospel as a way forward, a revolution of mercy