WHO WROTE THE LETTERS OF ST PAUL? 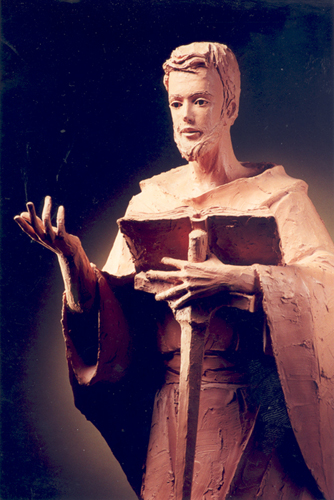 Who Wrote the Letters of St Paul?

It sounds like a trick question, but Scripture scholars today spill much ink in discussions about the authorship of the Pauline epistles. Why would such a question arise? What are the most important things for an ordinary Catholic to know in this regard?

Until about 150 years ago, it was taken for granted that all the Epistles with Paul's name on them were actually written or dictated by St. Paul himself: that is, all the New Testament Letters except for 1 and 2 Peter, James, Jude and the three letters of John, although ancient scholars had their reservations about the letter to the Hebrews (which does not have Paul's name on it). But when scholars began analyzing the Bible with the tools of literature and history, they noticed that some of the Pauline letters seemed to have a different "voice," used different vocabulary, and seemed to reflect different, possibly later historical situations than Paul's own lifetime. Experts began to suggest that some of the epistles were written after Paul's death by close disciples and collaborators who wanted to apply his thought to new circumstances and questions. Others noticed that parts of the letters do not seem to flow naturally—thoughts are broken off and seem to be picked up later. These scholars proposed that what we have today in, for example, the Second Letter to the Corinthians, was a patched-up document put together from two or more letters by an editor.

These ideas are not far-fetched: the ancient world was not as hygienic about authorship as we are. (The book of the Prophet Isaiah seems to reflect not one, not two, but three distinct authors writing as the Prophet.)

For a while a "hermeneutic of suspicion" dominated, so that one was hard pressed to claim that Paul wrote anything himself. Today, seven of the New Testament's fourteen "Pauline" letters are almost universally recognized as Paul's own work (Romans, 1-2 Corinthians, Philippians, Galatians, 1 Thessalonians, Philemon). As to the rest, scholars have a good time arguing about back and forth: Was it Paul in a different mood? In a different frame of mind or stage of life? Was it someone else using Paul's name? Questions like these provide universities with professorial chairs and publishers with book deals, but the Pauline corpus is still very "Pauline."

For the most part.

The Letter to the Hebrews is a story in itself. It doesn't claim to be by Paul. It doesn't take the form of a letter at all. And while it resembles Paul's thought, it seems to be much more radical than Paul ever was in his presentation of the Jewish Law. For 300 years, the Church in the West did not consider Hebrews to be Paul's at all, while the Church in the East had a lot of suspicions that it wasn't, even though by then his name had gotten attached to it. Among candidates for authorship are Barnabas (the leader of the mission band for Paul's first evangelizing voyage) and Apollos (whom we know was remarkably eloquent and well-instructed in the Law, Prophets and Writings). The jury is really still out.

What if we found more letters of Paul? We know he wrote other letters: he mentions them (1 Cor 5:9; 2 Cor 7:8; Col 4:16). And there may have been letters going around that claimed to be from Paul (2 Thess 2:2)—false messages. He went so far as to draw attention to his distinctive signature as the mark of an authentic letter from him. Supposing that other letters could be identified with 100% certainty as being by Paul himself, we'd certainly be delighted to have them, but they wouldn't be added to the Scriptures. Scholars would probably prefer to find the letters other people wrote to Paul, such as the letter he mentions from the Corinthians (1 Cor 7:1).

"According to a saying of the Fathers, Sacred Scripture is written principally in the Church's heart rather than in documents and records" (CCC 113). So, whether it was Paul or Apollos who wrote, the Pauline letters in the New Testament express the faith not just of one man, but of the Church itself, and in a definitive way, under the inspiration of the Holy Spirit.

Saint Paul, by Sister Angelica Ballan, PDDM. (The Sister Disciples of the Divine Master are a sister-congregation to the Daughters of St Paul, within the Pauline Family founded by Blessed James Alberione.)