WHAT IS THE GOSPEL ACCORDING TO PAUL? 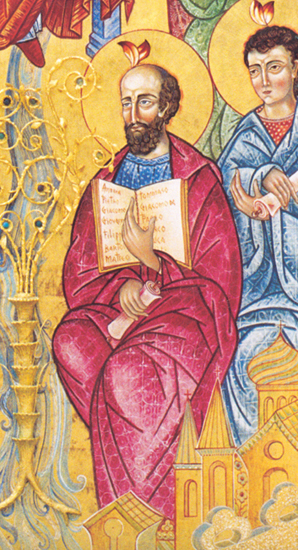 What is the Gospel according to Paul?

We take it for granted that we have only four accounts of the gospel in the New Testament—Matthew,

Mark, Luke and John. But then, what is Paul trying to prove when he claims that he had been “set apart for the gospel of God” (Rom 1:1), or that “The gospel that was proclaimed by me is not of human origin. . . but I received it through a revelation of Jesus Christ” (Gal 1:11-12)? What “gospel” is he talking about?

The fact is, Paul was the very first to articulate the gospel for the early Church. …. Paul’s articulation of the gospel is built upon, first, the apocalyptic hopes he shared with his Jewish compatriots; and second, upon his own very personal encounter with Jesus of Nazareth on the road to Damascus. The Jews were eagerly awaiting God’s marvelous intervention in history, which would result in the end of the “present evil age,” characterized by bondage to foreign conquerors, of disobedience to the law, and of the reign of sin. The “age to come” will replace completely the “present evil age.”

On the road to Damascus, Paul encounters the glorified Christ. It dawns on him that this experience is

parallel to the awaited apocalyptic intervention of God, only that this is realized on the level of his own personal history, not of the nation Israel at large. The decisive insight from this encounter is that God has already fulfilled all his promises in the person of Jesus Christ. He is the representative of Israel, in whose cross God metes out judgment on the forces of evil that oppose the establishment of his kingdom. God vindicates Jesus Christ by raising him from the dead and turning his cross from an emblem of shame to that of victory. Paul’s apocalyptic view of the ages undergoes a modification. The cross of Christ ushers in a period wedged between the “present evil age” and the “age to come” (or “new creation”). This period is called “the overlap or the boundaries of the ages.” Believers in Christ are situated in this “already-but-not yet” era, where they are called to participate in the victory won by Christ by living under the shadow of the cross (cruciform existence), while anticipating the second coming of Christ to seal the victory inaugurated by his cross.

This is what Paul calls “his gospel,” taught to him not by human beings, but received through a direct revelation (apokalypsis) by Jesus Christ. It is a message of hope for all peoples of all times. It announces that no one is excluded from the loving plan of God, but a personal response is asked of each of us. Victory is assured amidst the apparently overpowering forces of darkness and evil in the world. Suffering and pain assume new meaning when accepted in faith, for they become opportunities to participate in the victory inaugurated through the cross of Christ. Suffering, in this sense, becomes the place of transformation, for it opens a person up to divine power that works in weakness. This is the gospel of Paul, and it is Good News indeed!

Excerpted from Glimpses of Paul and His Message.