WHAT DOES "JUSTICE" MEAN FOR PAUL? 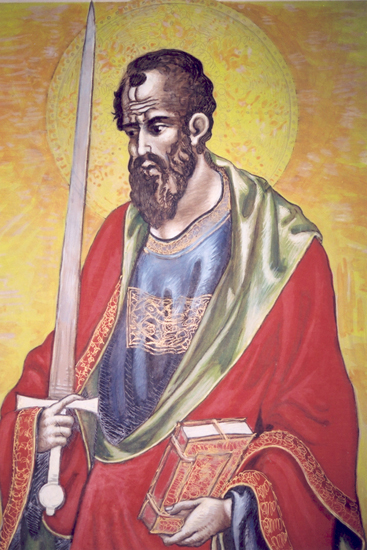 What Does "Justice" Mean for Paul?

Many people grew up with the notion of divine justice as “rewarding the good and punishing the wicked.” Thus, heaven and hell, respectively, spell eternal reward and eternal punishment, while God is conceived of as a calculating judge. These images reinforce a caricature of God, fashioned after “our own human image and likeness.” Paul can sympathize with those of us who struggle to break away from these notions, which are a far cry from his own first-century teaching about the “justice of God.”

We know from experience that translating an idea into another language is a challenge. It is not rare for, essential aspects of the idea to be “lost in translation.” “Justice” is an inadequate translation of the Greek term dikaiosyne, which Paul uses. For us today, “justice” only evokes images of a legal system—law, court hearing, verdict, etc. An alternative translation is “righteousness,” with connotations of moral uprightness, but this fails to capture the mentality behind Paul’s original expression. Although Paul writes in Greek, his thinking is very much Jewish. And when he writes dikaiosyne, the notion he conveys is the Hebrew tsedaqah. The expression tsedaqah refers to God's covenant faithfulness in relation to his covenant-partner Israel. Far from referring to a cold legal system, it is a relational term, which is associated especially with God’s saving activity. Fidelity, mercy, steadfast love, defense of the weak and the helpless are various aspects of God’s tsedaqah. We find in this concept the reason why God continues to save Israel despite her repeated infidelities.

The Old Testament notion of God’s justice as “fidelity to the covenant” provides the base for understanding Paul’s vision of the “justice of God” as his “saving activity.” In the Letter to the Romans, Paul writes: I am not ashamed of the gospel; for it is God’s power for salvation for all who believe, the Jew first and also to the Greek. For in it is revealed God’s justice from faithfulness unto faithfulness…(Rom 1:16-17 BD). Paul finds God’s justice made manifest in what Christ did for us, obediently accepting death on the cross, in faithfulness to the saving mission for which he was sent by the Father. Christ himself is the “gospel,” which is God’s power for salvation. For God, in Christ, has taken the initiative to right the wrongs of his suffering world by taking their weight upon himself.

The faithfulness of Christ that leads him to the cross is the supreme manifestation of God’s tsedaqah—Christ becomes God’s “amen,” the fullest expression of faithfulness to his covenant with Israel. The covenant is not revoked, but rather recreated in Christ, and made universal in scope—“to the Jew first, but also to the Greek.” All have sinned, Jew and Gentile alike, but all have been made just. This is what the “justice of God” is all about—it is love in action.