WAS PAUL THE FOUNDER OF CHRISTIANITY? 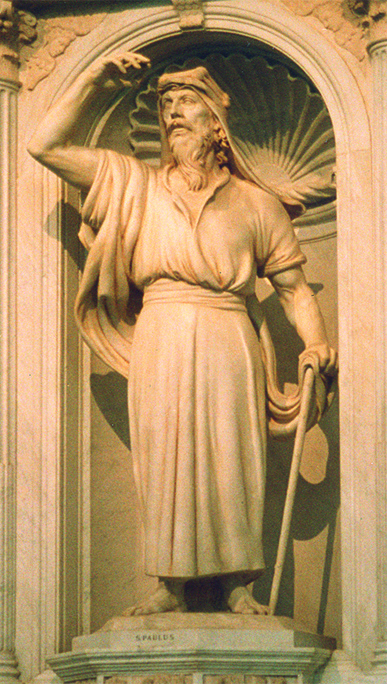 Was Paul the Founder of Christianity?

This is intimately linked with the post of 20 April: A common modern misapprehension is that Paul, not Jesus, was the founder of Christianity. Jesus, it is argued, only wanted the restoration of Israel, and never engaged in any serious apostolate outside Israel. Paul, modern critics say, hijacked this provincial, essentially Jewish reform movement and turned it into a world religion. The fact that he was comfortable in the Greek speaking world and could move around freely in Greek culture enabled Paul to do this. Christianity spread so quickly because of the universality of the Greek language, but this was very much Paul’s doing, and not the intention of Jesus. So the argument goes. (Interestingly, the assumption is that “Jewish” or “Hebrew” equals “provincial” and that Greek or Hellenist equals universal.)

Jesus knew that single-handedly he could not get very far, so he formed the apostles in a certain consciousness, a way seeing and thinking. This was completed by the resurrection. At his conversion Paul is given exactly the same consciousness. When he meets up with the Church, although they are suspicious of him, they soon realize that he is singing from the same song sheet as they, and although he had not known the earthly Jesus, the risen Lord of whom he speaks is clearly the same Jesus they have preaching since Pentecost. Although Paul has a disagreement with the Jerusalem Church on the matter of a practice – circumcision – there is never any disagreement on matters of basic doctrine, on who God is, on who Jesus is or on what a Christian is.

Does Paul go beyond the intentions of Jesus? No: He works out in a very articulate and often dense manner the implications of Jesus' death and resurrection, but never steps outside the basic framework by which Jesus understood himself, i. e, the Jewish Messiah. Paul was a Diaspora Jew, and therefore cosmopolitan in his outlook. More than any of the apostles he was a man at home in two worlds. Paul was steeped in Jewish tradition and totally at home in the world of Greek thought (the dominant intellectual force in the Roman Empire.) Put the two together and you get not the founder of Christianity, but someone with the ability to understand Jesus in his own cultural setting, and to communicate that understanding to a much wider world. Paul realised that through this crucified Jew whose life and death had fulfilled the Jewish scriptures, God had done something that was much bigger than merely a “Jewish salvation”. God had done something which affected all humans. But then a deep reading of the Jewish scriptures shows that this was his intention all along.

Many people today claim that Christianity is something completely different to what Christ intended. How would you respond to this?

Image: Paul examining the horizons, statue in the Cathedral of Messina.