THE FIRST LETTER OF ST PAUL 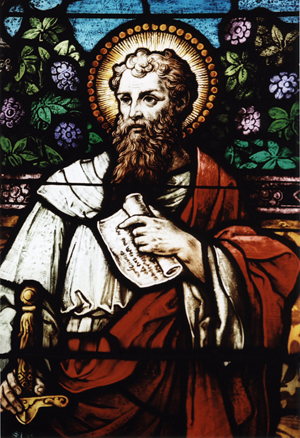 The First Letter of St Paul

We sometimes hold the mistaken notion that the sequence in which the New Testament books are arranged in our modern-day editions follow the time or chronology of their writing. We think that since our point of departure is the life of Jesus, then the Gospels must have been written first, followed by the Acts of the Apostles that speak of the spread of the Gospel, then the letters, and finally the Book of Revelation. This, however, is not the case. The first writer of the New Testament was Paul, the Apostle, and his very first letter was addressed to the Christian community in Thessalonica (ca. 50 A.D.).

Thessalonica corresponds to the modern-day city of Tessaloniki in Greece. At the time of Paul it was an important military and commercial port city. Paul, accompanied by Timothy and Silas, may have stayed in the city long enough to be able to form a Christian community that was able to fend for itself when the missionaries were forced by circumstances to leave the place in haste. Some time after their premature departure, Paul sent back Timothy to see how the fledgling Thessalonian community was faring.

Timothy’s report of certain problems that had arisen in their absence, occasioned Paul’s letter, which has been incorporated into the New Testament as the First Letter to the Thessalonians.

It could be inferred from Paul’s letter that the Christian community was being persecuted by adversaries, whose strategy was to attack the integrity of Paul and the truth of his message, thus causing much tribulation to the new converts. These people, whose identity is still being debated by scholars, were comparing Paul to the itinerant preachers who were out to extract money from their listeners. Unfortunately, given the pattern of Paul’s missionary activity in Thessalonica and the haste with which he left the place, such comparisons aroused doubts both regarding Paul’s apostleship and his message.

Paul responds by reminding the new converts of his and his companions’ conduct of life while they were in their midst. The letter reveals the tender character of the apostle, his concern and solicitude for the community which he regards as a child of whom he was both the mother and father: “We were gentle among you, like a nurse tenderly caring for her own children (1 Thes 2:7); “As you know, we dealt with each one of you like a father with his children, urging and encouraging you and pleading that you lead a life worthy of God, who calls you into his own kingdom and glory (1 Thes 2:11-12).

The second principal problem to which Paul responds is the confusion regarding the time of the second coming of Christ. It would seem that Paul held and taught the belief that the second coming of Christ would take place in his own lifetime. When the Thessalonian community began to experience the death of some members, the bereaved ones became preoccupied that the deceased would not be able to participate in the glorious destiny promised to those awaiting the second coming of Christ. Paul clarified his previous teaching by assuring the community that the believers who have died will be resurrected at the coming of Christ, and together with those still living, will be lifted up into the clouds so that both may share Christ’s glorious life. The letter’s exhortation about hope-amidst-suffering and patient waiting for the Lord’s day, continues to be a relevant message for our time. The call to “stay awake” and be vigilant is a fitting reminder for this generation that tends to lose sight of what is truly essential in life. Paul continues to put us into contact with the Christian message, which is Good News for all seasons.

Excerpted from Glimpses of Paul and His Message.

Bernardita Dianzon, FSP, is a member of the Daughters of St Paul. She obtained her Licentiate in Sacred Scriptures from the Pontifical Biblical Institute and her Doctorate in Sacred Theology from the Loyola School of Theology where she also teaches the Letters of St Paul and biblial Greek.