PRAYING WITH THE MEDIA? 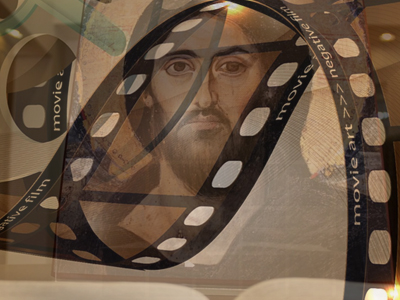 Praying with the Media?

One of our sisters tells of a survey she once conducted for a media literacy project not too long ago. Among other questions, she asked people if they ever thought of God while they watched movies. One woman’s answer was more than honest: “Never! What kind of a question is that?”

I wonder if she thought of God in any other settings in her life outside of church. Paul VI commented that the divorce between culture and faith is one of the great tragedies of our time. That applies not only to haute couture, but to pop culture as well. On the upside, a growing number of people are searching for a reconciliation of the two, with the hope that faith-life will become more credible and culture will maintain its soul.

Two initiatives that have grown in response to this yearning are the Movie Bible Nights and a related initiative called “Cinema divina”. They follow similar formats. A Movie Bible Night pairs a Hollywood flick with the Gospel reading for the nearest Sunday, suggesting one or two points for conversation after the viewing of the film. "Cinema divina", a spin-off of Lectio divina (the time-honored monastic practice of contemplating the Word) also focuses on a Scripture text through the lens of a parallel film, but aims at the heart: It allows people to prayerfully hear God’s personal message to them, then share aloud how they think God is calling them to live that message. In a Movie Bible Night, people can expound on how various characters or techniques highlight this or that concept in the Word of God. Or they can keep it simple, commenting on how the film gave them a new insight into the Word. Cinema divina makes space for quiet, individual reflection and spiritual conversation. Two approaches, two very powerful encounters with culture and the Word of God.

Usually four hours are set aside for the entire experience: a light meal, introduction and a brief explanation of how to proceed, the reading of the Gospel text, the viewing of the film, a break with simple refreshments, and about 20-30 minutes of shared prayerful reflection. A simple leaflet that recaps the film connects it with the Gospel and adds a prayer or a commentary to assist viewers in applying both of these to life.

In small ways both initiatives attempt to explore new possibilities for promoting a vibrant faith via communication. Clearly these go beyond simply moralizing about films and nudge us toward the deeper places in our lives where God can be found.

Yet one more approach to media is just as God-oriented, and I bet most of us do it at least once in awhile: praying with the news. How often we read an item or catch some striking broadcast—often tragic—and invoke God’s mercy on those involved. For those who go to Mass, this is often included in the General Intercesssions. Unlike the Movie Bible Night or Cinema divina, with their shared reflection or shared prayer, this kind of prayer is individual and private, yet paradoxically it opens us outward onto a broader reality. The classic example is found in the life of St. Thérèse of Lisieux. At the age of 14 she sneaked a peak at the newspaper, which she was forbidden by her father to read, and was appalled at the condemnation of the criminal Pranzini, who was apparently unrepentant. She became his prayer partner, and at the last moment before his execution, he asked for a crucifix and kissed it.
﻿
Our Pauline version of praying with the news also prays for those who “make” news at any phase. Like all media messages, "the news" is constructed reality, and carries a message even in the way it’s packaged. So we pray for producers, writers, artists, technicians, and disseminators, as well as for those who consume the news, and at times continue its stories. This is a prayer of the will and heart, that unites us in solidarity even with those who seem least deserving of our companionship in faith and love. Placing ourselves in God’s presence, reading, watching, or listening with God puts both massive world events and smaller local notices in the hands of Love itself. It shakes its head at the incredulity behind a question from this woman who watched Into Great Silence, the startling cinema verité portrayal about Carthusian hermits in Europe: “How could such a rigid, controlled, isolated life have anything to do with the life of grace?” Immerse yourself in the poet's answer: “More things are wrought by prayer than this world dreams of” (Alfred, Lord Tennyson).