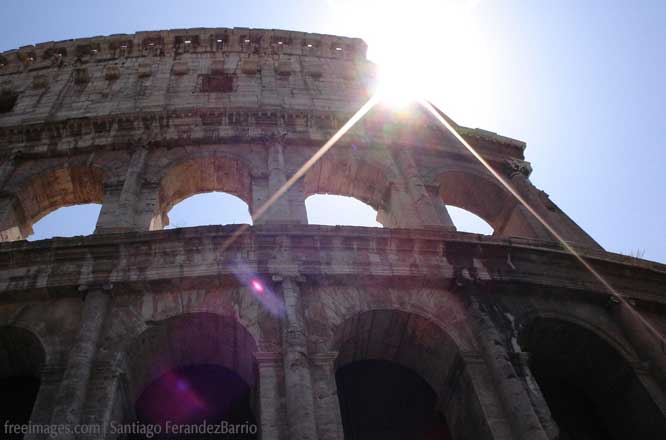 If you have been following the news recently you will have seen the struggle of the Orthodox Churches to come together for an ecumenical council. At the heart of the disagreement between them there seems to be questions both of doctrine, power and politics. Many of the Orthodox Churches are strongly national. When Jesus was crucified, they pinned the reason he was killed on the cross above his head, it said Jesus of Nazareth King of the Jews. He was crucified for a political reason. Which was ironic because although all the Jews thought that the messiah was going to be a political saviour, Jesus didn’t. In fact he told the disciples to say nothing precisely to avoid that misunderstanding. But for the Jews there was no difference between religion and politics; the two were so closely linked that you couldn’t separate them.

It was Christ who wanted to separate religion and politics. He wanted nothing to do with that human power and so he chose a different path, the path of service, a path without the power of the state, the path of the cross, because you cannot stand up for human dignity without persecution in this world, you cannot stand up for peace and equality without oppression. Perhaps too he knew how we are unable to handle real power.

The West has chosen to follow a different path. The Church in the west has also chosen to follow a different path, but not without a lot of struggle and betrayal first. Countries have chosen to follow the path of separating religion and politics. But they have also started to go further, they have begun to assume into their politics the role of saying what is right and wrong. They have assumed for themselves the role of God and are becoming their own religion, so that in a different way the two are being united again. Only this time it is godless states that they are creating, and although they are promoting many of the values they inherited from Christianity, when we look to see what is happening, the result is not the peace and justice and care we had hoped for. All the evil and injustice and violence we had hope to escape from is still there, and the loss of freedom even seems to be increasing. It is almost as if we are entering a different kind of despotism, a despotism of the mind, a true totalitarianism.

Perhaps what we are seeing is our inability to handle power without the devil using it to corrupt us. Could Christ have been telling us that we have to begin with ourselves; that our hearts have to be changed first, before we can touch power, and that it is better not to let religion anywhere near power, because we can corrupt religion too, and we will always need somewhere safe to run to?