PAUL AND THE SIN OF ANTI-SEMITISM 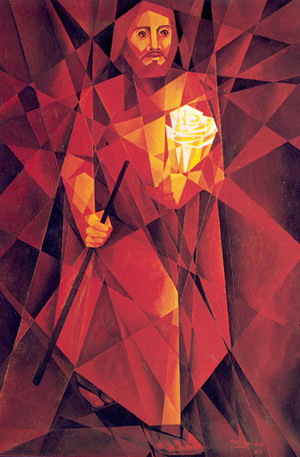 Paul and the Sin of Anti-Semitism

Paul's harsh statements about “the law”(shorthand for Jewish observances) in the Letter to the Galatians are a unique response to a very particular situation. Paul never meant them to be read and interpreted apart from the controversy in that local Church, much less applied across-the-board as a kind of universal proclamation. But many of Paul's interpreters in the course of history have fallen precisely into this error , misrepresenting not only the Apostle's thoughts on the Law, but his attitude toward his ancestral religion. Not a few have come to regard Paul as a renegade Jew, antagonistic to fellow-Jews. Some have even suggested that Paul, who described himself “a Hebrew of Hebrews” (Phil 3: 5), was himself “anti-semitic”!

The misunderstanding about Paul's attitude toward Judaism became widespread from the sixteenth century onward. Martin Luther, the popularizer of the Reformation Movement, came to believe through a non-contextual reading of Paul, that what he himself found objectionable in certain aspects of late medieval Catholicism was exactly what Paul found objectionable in certain aspects of his own Judaic religion. He thus found in Paul a veritable ally in his clamor for reform in Western Christianity. Luther believed that in his own personal struggle for righteousness by faith, he was marshalling Christians to the truth of the Gospel as preached by the Apostle of the Gentiles. The Galatian controversy was, for him, a first century version of his own battle against what he regarded as blatant legalism in medieval Catholicism. He interpreted Paul's argument of "justification by faith in Christ vis-a-vis works of the law" as a denunciation of legalistic efforts to merit favor before God, to earn salvation, as it were. It is a tragic irony that Judaism in general has come to be viewed in terms of the worst vices of the sixteenth-century institutionalized Church, thereby earning for itself the notorious repute of being the antithesis of Christianity.

This prejudice against Judaism was intensified particularly in the nineteenth century by the research and writings of a German scholar, Ferdinand Weber, who published in 1880 a highly influential work on early rabbinic Judaism. Weber, who himself was a Lutheran, fostered an approach to Paul and the Jews that had its root in Luther's struggle against works-righteousness. Weber's book provided a wealth of Jewish source materials neatly arranged to show Judaism as a religion of legalism. For almost a hundred years, New Testament specialists were drawing upon Weber's work. Thus his ideas filtered down from the academic circles into pulpits and bible classes and popularized a caricature of Judaism, which still remains impressed on many minds today.

Careful study of Paul's statements regarding the law in the Letter to the Galatians, however, reveals that he was not denouncing fellow-Jews because they were trying to earn salvation by obeying the law. Rather, he was reacting to the insistence of some that circumcision and observance of food laws and calendar feasts (i.e. "works of the law") be the marks of membership in the new covenant community. This implied that to be a full-fledged Christian, one had to literally become a Jew. To counter this exclusivist claim, Paul argued that those who possessed faith in Jesus Christ were the members of the covenant community. No other mark of identification was to be required in the covenant community except faith in Jesus Christ. Paul's statements are not to be understood as excluding the performance of good works, for in the same letter, Paul says, "For in Christ Jesus, neither circumcision nor uncircumcision counts for anything; the only thing that counts is faith working through love" (Gal 5:6).

St Paul and the Word by M. Teresa Ugalde Martinez.