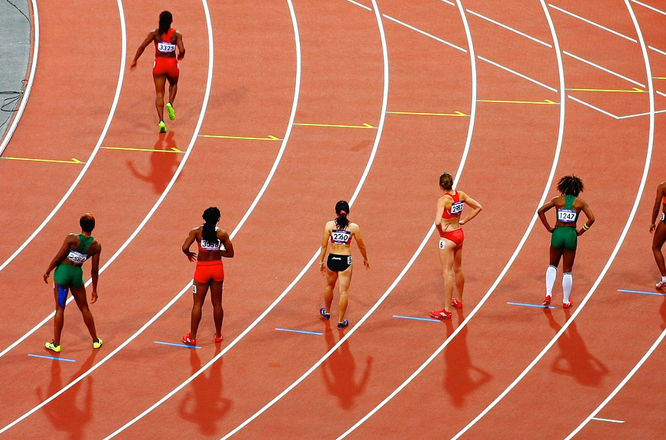 It is hard not to be impressed as you watch the Olympics. The hunger for success is evident in all the athletes. It’s not just about success though, they also want to be the best they can, to do the best they can, even the ones who know they won’t win a medal are just proud and happy to be competing in the Olympics. I suppose these people are special; it isn’t just that they have trained more than others, it’s also that they wanted a thing bad enough to be willing to train as they did. They were willing to give of their all to get what they wanted.

It isn’t just in the Olympics that you come across people who are as committed as those athletes are. You can meet people in many different walks of life. People who are so committed to making money that they are willing to sacrifice everything else, even their own family, to amass more. There are those who give themselves to some cause or other. Sometimes they can seem like fanatics: they are so committed to their chosen field that they are practically blind to anything else apart from it. There is something very attractive about this kind of people, they are to be admired, but probably if we are honest, they are to be admired but also there is something in most of us that says it’s not for me. Most of us seem more content with a middle road in most of what we do.

The cry of Jesus in the Gospel for this Sunday reveals that he is a passionate person, passionate about the what he sees around him; he wants to change it for something better, but like all the training that the athletes at the Olympics have to do to be at the top of their sport, so Jesus is aware of the sacrifices he must make to get what he wants for creation. Many of us can share his enthusiasm for change, but the difference is the amount of effort we are able to sustain to bring about that change, the difference is in our personal commitment to that change. That is where many of us fail to keep up.

But then perhaps for most of us, it isn’t about the big changes or the grand gestures. We often confront things that are in need of change in our everyday life; in our families at our places of work. Family life can be stressful, especially when you are trying to get your teenage children to understand the importance of the decisions they make about how they live their life. Perhaps we don’t see these as being world changing deeds, but no athlete could have achieved what they have achieved with the support from their families. It’s in families that the shape of the future of the world is determined. That’s why we need to nurture and protect them.