LOURDES: WHAT IF IT WERE TRUE... 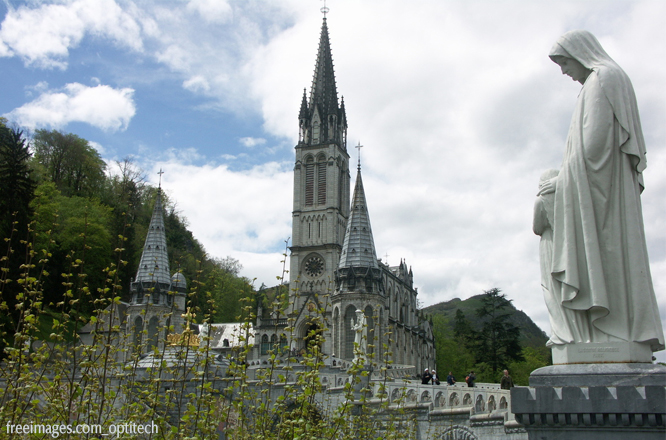 Lourdes: What if it were true...

This is the first in a series of blogs about Lourdes, a small town in the Pyrenees in Le Midi region of southern France. Home to some 15000 souls, each year it welcomes several million visitors.

Why are so many people drawn to Lourdes? Because in 1858, a young, diminutive and illiterate child, Bernadette Soubirous, claimed to have seen a beautiful Lady in a derelict grotto at some distance from the town. Bernadette went on to affirm that the Lady (whom the girl never attempted to identify) appeared in all 18 times and made some very specific requests.

On the instructions of the Lady, Bernadette uncovered a stream in which the sick and the dying were soon to be washed or bathed, though the Lady herself had made no mention of healings. But cures there were, and to this day there still are.

After a stringent inquiry lasting over three years, the Catholic Church formally decreed that Bernadette Soubirous was worthy of trust; that the People of God could, if they so wished, believe that the 'beautiful Lady' who had appeared in the grotto was Mary, the Mother of the Lord; and that a shrine and a pilgrimage could be established in that place, under the title 'Our Lady of Lourdes'.

As Providence would have it, I am writing this first blog in Lourdes itself, on a hill opposite the grotto in which these happenings took place. It is from there that I put this question to you, Dear Reader:

What if it were true that Mary of Nazareth, the Mother of God, really did appear to Bernadette Soubirous 18 times between February 11th and July 16th, 1858?

As Catholic Christians, we are not obliged to believe in personal revelations; they are not part of what is called 'the deposit of Faith', merely an expression of it given at a particular time for a specific purpose. But what if Bernadette's personal revelations were true...? Would these events have anything to say to us today, in such a different world and so very different circumstances?

I suggest that the Apparitions experienced by Bernadette would tell us a great deal, for example, about the grottos in our own lives, those hidden corners in which the light of God can hardly shine, yet if it were to do so we would know the transforming power of his presence.

The Apparitions would talk to us, too, of the importance of time and place; of what it is to be a person in the eyes of God; of the reality of sin and the greater reality of grace; of signs and symbols pointing to another world; of silence, prayer, penance, and wholeness. Bernadette herself would have much to teach us, so too her Visitor from heaven.

If any of this seems of interest to you, then join me on a virtual pilgrimage to a very real and unique place. We will find, like Bernadette, that someone is already there, waiting for us: the Lady who commissioned the girl to tell the priest, 'I want people to come here...'  So as we set off, let us first be aware that we are responding to the Lady's own desire and to her invitation.