HOW DID PAUL'S LETTERS BECOME A COLLECTED WORK? 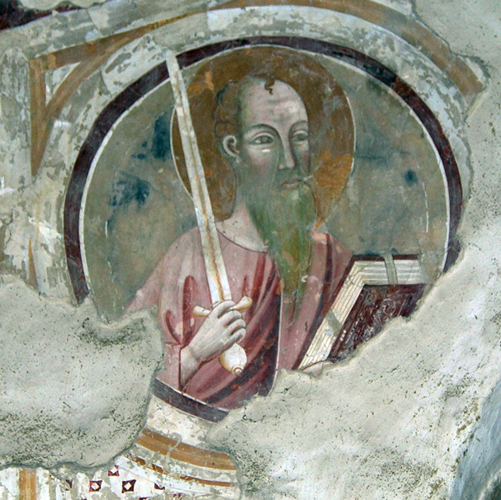 How Did Paul's Letters become a Collected Work?

The body of New Testament writings whose authorship is ascribed to Paul is known as the Pauline Corpus. Traditionally, fourteen letters were counted as part of the Pauline Corpus: Romans, 1 and 2 Corinthians, Galatians, Ephesians, Philippians, Colossians, 1 and 2 Thessalonians, 1 and 2 Timothy, Titus, Philemon, and Hebrews. However, as early as the fourth century, doubt has been cast upon the Pauline authorship of the Letter to the Hebrews. Today, it is accepted that this piece of writing did not come from the hand of Paul; it is not even a letter, but a homily.

Of the remaining thirteen letters, only seven are unanimously accepted today by both Catholic and Protestant bible scholars as authentically written by Paul. These letters which are also called “Proto-Pauline” are: Romans, 1 and 2 Corinthians, Galatians, Philippians, 1 Thessalonians and Philemon. The rest are believed to have been written after Paul’s death by his disciples, who wanted to invoke his authority by continuing to propose his teachings in the face of new problems that arose later in the Christian communities. By studying closely the language and vocabulary, the style, themes and teachings embodied in the letters, scholars have been able to distinguish the ones that really issued from Paul’s pen from those that were pseudonymously written by his disciples.

It would be a grave error to think that if Ephesians, Colossians, 2 Thessalonians, 1 and 2 Timothy and Titus (also called the “Deutero-Pauline” letters) were not personally composed by Paul, they are to be treated as second-rate writings. It must be borne in mind that these six letters are just as canonical as the seven others, which means that the Church accepts them as written under the inspiration of the Holy Spirit, and therefore, contain teachings necessary for our salvation. When studying the theology of Paul, priority is usually given to the seven Proto-Pauline letters. But the six Deutero-Pauline letters are also important, for they reflect how Paul’s disciples grasped his message, appropriated it, and handed it down as demanded by the new situations that emerged after the Apostle’s death.

The first mention of a collection of Paul’s letters was found in a Latin document (165-185 A.D.) known as the Muratorian Canon, an annotated list of sacred Christian writings. Thirteen of Paul’s letters appeared in the list. Several theories have been proposed by scholars regarding the formation of the Pauline Corpus. J. Murphy O’ Connor offered a dual classification: the “Evolutionary Theory” and the “Big Bang Theory.”

According to the Evolutionary Theory, the formation of the Pauline Corpus involved a long process. Paul’s writing was occasioned by pastoral problems that arose from Paul and continued to read it in the liturgical assembly, even after the problem had been solved. But since the problem addressed in the letter was peculiar to the community, the letter was not deemed to be of interest to the other Pauline communities. So, for many years, the individual letters were kept in the archives of each community. It was only toward the end of the first century that the different Pauline communities began to exchange copies of one another’s letters. The various collections were later standardized and thus was formed the Pauline Corpus.

The name “Big Bang” suggests a sudden explosion, and thus it was believed that the Pauline Corpus was formed. According to this theory, the publication of the Acts of the Apostles, in which Paul plays a prominent role, awakened in the Pauline communities a renewed interest in the letters once written to them by Paul. They began to excavate their archives and collect these letters. And thus the Pauline Corpus was born. The initial collection of Paul’s letters could have been undertaken in Corinth and Ephesus, the two centers of the most intense and prolonged missionary activities of the Apostle. By the end of the second century the lettercollection was more or less standardized. With its inclusion in the officially approved New Testament canon in the fourth century, the Pauline Corpus was enshrined as the Apostle of the Gentile’s enduring legacy for all generations of Christians.