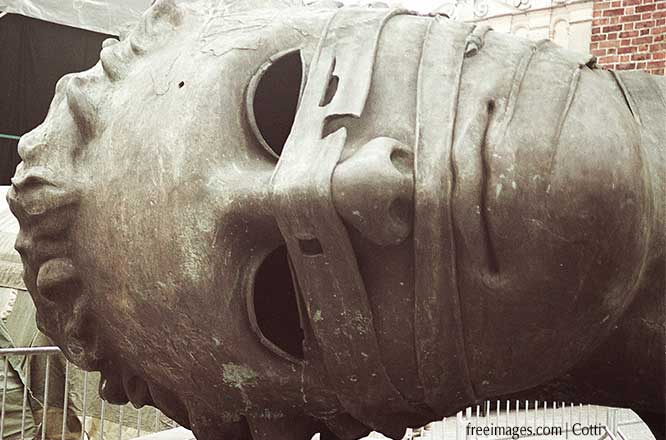 Football in the form of the European Championships is upon us again. Unfortunately the headlines have been grabbed by the violence of some people. It was however overshadowed by the shooting in Orlando where 50 people were killed. Violence is everywhere and it always involves forgetting or denying the humanity of the people. Instead of a person being hit or killed it is a ‘thing’. We would surely be insane or quickly go insane if we remembered that it was a person we were doing these things to. But it isn’t just the murderers, the terrorists, the thugs who reduce people to things in order to get their way with them. It is becoming increasingly common in our society to ‘dehumanise’ people so that we can treat them as we wish. It begins with abortion and continues with the way sexuality is first and foremost about what gives us pleasure so that others are seen as objects to satisfy us. ‘Ordinary’ people commit rape or other sexual crimes because they have lost sight of others as people, as human beings. People exploit others for financial gain, paying them a pittance and turning them into slaves or making use of their pension funds, but lining their own pockets. They forget or ignore that these are people they are mistreating.

In the Ermenfrid Penitential, which was issued by the Bishops of Normandy after the conquest of England by William the Conqueror, the victors were given penances for killing others as well as the other crimes that often accompanied conquering armies. It sounds strange to us that soldiers in a battle should be given a penance for killing other soldiers. But perhaps there is a wisdom there that we no longer recognise for what it is. We speak now of soldiers suffering stress because of the horrors of war; many never speak of what they saw or what they did, but the stress itself speaks of something wrong having taken place, of something that was a betrayal or denial of the best of humanity having been experienced there; it speaks of the need of confession of evil and of forgiveness. We cannot reduce other people to things without our own humanity suffering and we should realise that our society will eventually mirror the denial of humanity and the reducing of people to things. It is already happening for those who have eyes to see it in the news. It has always been there, but previously we have had ways to limit it; the Church has called us back to our senses and imposed penances on us to make us think again about how we are living our lives. But the voice of the Church is often silenced by its own crimes or its weakness to speak out in the face of opposing voices.