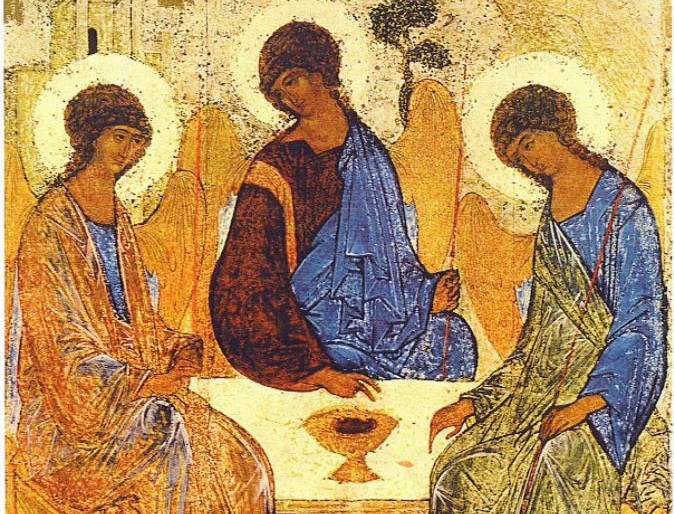 Reflections on the Readings for Trinity Sunday 2021

“Deuteronomy” literally means “Second Law”. It is the final book of the Torah (Jewish Law) and re-presents the core of that law to people around the time of the Exile in Babylon and on their return to Jerusalem. The basic message is a very simple one: faithfulness to God’s law brings with it life and prosperity; faithlessness brings with it death and destitution. As it is presented in the Book there are four ‘sermons’ given by Moses about various aspects of the Law. The extract we have today comes from the final section of the first of those sermons. It consists in a series of rhetorical questions about their belief in the one God who brought them out of the land of Egypt. In return for keeping the commandments of their God life and prosperity will be theirs. Would that life were so simple and straightforward! It is left to other Books of the Old Testament (e.g. Job and Tobit) to grapple with the problem of why it is that evil falls on good and bad alike.

The extract given us for Mass today comes from the final section of the first half of St Paul’s Letter to the Romans. Paul has been outlining his understanding of Justification and Redemption which is offered not by adherence to the Law of Moses but by faith in the person of Jesus Christ and in all that he has done for us. The “Spirit of Christ” lives in the believer empowering them to live life as Jesus means us to live. In one modern commentary the author refers to this section from which our Readings comes today as, “The future of believers is now”[1]. We already live the promises made in Christ by living in the Spirit in whom we are not slaves but sons and daughters of the Father, sharers both of Jesus’ suffering and his glory. This counters the accusation against the Christian Faith that its promises are only for life after death.

These final verses of St Matthew’s Gospel are often referred to as “The Great Commission”. This is the only time in the Gospels that the trinitarian formula of “Father, Son, and Spirit”, used in baptism, is found. Matthew knows of a much wider group of “disciples” than “The Eleven” he refers to here. Earlier in the chapter (vs. 9-10) a group of women disciples are commissioned by the Risen Jesus to tell the others that he is risen and that he will meet them in Galilee. Now the Eleven meet him on “the mountain where Jesus had arranged to meet them.” One of the features of this Gospel is the portrayal of Jesus as the New Moses, who received the original Law on the mountain. Now Jesus gives them a new law, a new commission, to go out, to teach and to baptise not only among the Jewish people, but “all nations”. The embryonic new community and its mission is established, and the Risen Lord promises to be with “to the end of time”.