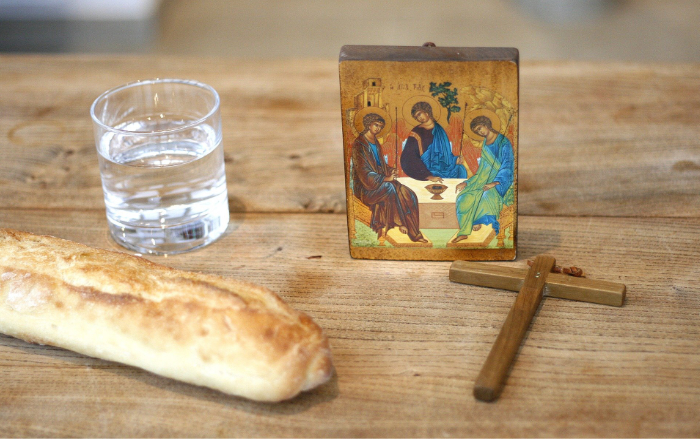 Reflections on the Readings for the 1st Sunday in Lent 2021

The first eleven chapters of the Book of Genesis consist mainly of mythic stories about the origins of creation and the situation of humankind within that creation. Although not historical accounts as such, they nevertheless convey some very profound truths about our human condition even today. Along with two account of creation, we are given no fewer than five separate accounts of different aspects ‘fall’, of human sinfulness in its many guises. The story of Noah and the Flood is the middle of these stories. Whereas the others refer to specific sins committed by people (eating the forbidden fruit (Adam & Eve), fratricide (Cain & Abel), violating his father’s privacy (Noah’s son, Ham), and human arrogance trying to take over from God (the Tower of Babel)), this is a story of general human sinfulness that, as the story goes, brought God to regret having created the world and to want to start afresh.

Today’s extract comes from the time after the Flood had receded when God promises never again to bring destruction of that kind on the earth. No less than five times in this passage the word “Covenant” is used to denote a special agreement between God and humankind. The sign of this Covenant is the rainbow which is a perennial human symbol of hope across many cultures. Although preparing for Jesus’ Death on the Cross we are reminded that Lent is fundamentally a season of hope that ultimately promises resurrection.

Like many other books in our Christian (New) Testament, this letter was written to a group of Christians who were suffering persecution for their faith. It offers them encouragement to continue on the journey they began at their baptism. In this passage – with its obvious connections with our First Reading in its reference to Noah – the writer invokes the example of Christ’s own innocent suffering. Although put to death he was raised to new life and is now at God’s right hand and the whole of creation is now subject to him. Where water once brought death (as in the Flood), the waters of baptism now bring cleansing (of a spiritual kind) and life: “a pledge from God”, offering the hope of resurrection to all who receive it.

Where St Matthew and St Luke go into great detail about the temptations faced by Jesus (tempting him to turn stones into bread, giving a great public display of being saved by the angels, and falling at Satan’s feet and worshipping him) St Mark is, as usual, very sparing in his details. In fact, this account fails to give any details whatsoever! Whilst we may be disappointed in this, it gives us space to reflect on what temptations we might be facing and which we ought to address as we take up our Lenten disciplines. These will be more to do with engaging in gossip, being hyper-critical of certain people, or over-indulgence of one kind or another, rather than worship of Satan, nonetheless now is the time to be discerning what our failings may be and to invoke God’s help in facing them.

The second part of the Gospel may remind us of the words used on Ash Wednesday in many churches when receiving ashes (or however this was done during this time of lockdown and restricted access to churches), “Repent, and believe the Good News.” This is precisely what we are about when we embark on this journey of Lent: repenting of all that keeps us from journeying every day with the Good News and its demands of us.